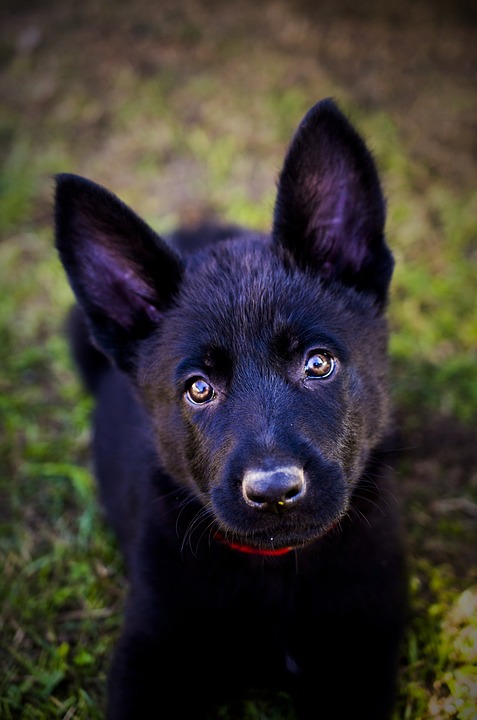 How to properly train a German Shepherd puppy is one of the new dog parents most asked questions.

Training a new canine to become a part of your family can be a difficult task if you are unprepared and overwhelmed. In this article, I will be writing about an easy way how to train your German shepherd puppy.

According to the World Canine Organization (also known by its French name: Fédération Cynologique Internationale) which is abbreviated FCI, there are many different types of Good Boys and Girls.

But with that many Chihuahua like a Pinsher wont give you a Poodle, right?

However, there is no need for it to be over complicated.

In this article, I will be discussing the correct way how to train a German Shephard puppy.

What is a GSD?

In this how to train your German Shepherd puppy article, it would make a lot of sense to talk about, you know, German shepherds?

This breed was officially known as the Alsatian in Britain until 1977 when its name was changed back to German Shepherd.

Even though they sport a rather primal, wolf-like appearance, the German Shepherd is a relatively new breed of dog, with their origin dating to only1899.

They are a part of the Herding Group. True to their name, German Shepherds are working dogs developed originally for herding sheep.

However, because of their strength, intelligence, trainability, and obedience, German Shepherds around the world are often the preferred breed for many types of work, including disability assistance, search-and-rescue, police and military roles, and acting.

One of my grandparents friends was by the police force for quite some time and upon retiring took his German Shepherd with him to live the relaxed pensioner life.

When should I start training my German Shephard puppy?

Lets start with basics. Many people may claim various things about when one should start training their new dog.

It is best to start training them as soon as they arrive in their forever home aka your house.

Usually a new puppy would arrive being between 6 and 8 weeks old. The sooner you start teaching them, the better.

Like that, the are more likely to listen and obey commands.

Now personally I have always been a bit biased on this one. I truly believe that decisions regarding your pet arent yours alone to make. What do I mean with this you asked?

Well, I don’t think you should order your dog around just because you can.

An example of this would be to let your dog sit in front of their full food bowl for over 10 minutes just because they obey you.

Yes, your German Shepherd puppy should definitely follow your commands. All as long as you don’t abuse your power.

When your puppy first arrives make sure that you don’t throw all reasoning out of the window.

But Valerie! Look at their cute, and adorable puppy eyes! How can you say no to them?

I know the glisten in their sparkling brown eyes, the soft whine escaping their throat and the all too adorable head tilting, trust me.

But you have to become the dominating person, or your dog will not respect you.

You can do this by:

The first step in how to train your German shepherd puppy is to draw a line and stick to it.

If you have just recently bought a good new couch, and you don’t want them on there, let them know. Were they to hop up on the couch, gently grab them and place them back on the floor. If that doesn’t work and they insist on climbing up, make sure to firmly but calmly say “No”.

A little trick that I like to use is to snap my fingers if they still insist on it. It is a non-violent approach that usually gets the job done (sometimes they can be a tiny bit rebellious).

Just like with children, positive behaviour should be rewarded consistently.

Did they do a barrel roll when you told them to? Treat time!

Did they wait for you to give the command to dig into their favourite food? Treats again!

Rewarding positive behaviour is an important step in bonding with your little pup. It strengthens your relationship and helps them associate you with good things.

Walk on a leash

Leash training allows the owners to have control over their dog’s behaviour. It is extremely important that you train your dog to walk on the leash. Coming back to what I said earlier, it is important to establish yourself as the leader.

A puppy doesn’t have control over its bladder or bowels.

This was an important statement I need to get out because many first time owners may find themselves easily irritated at their pups little mistakes.

During your pup’s first couple of days, make sure you wake up a couple of times at night. If it cries, whines or seems like it wants to go outside, make sure to take it to go to the bathroom.

For a more detailed guide on how to potty train your German Shepherd puppy, read this article.

Remember that they are still puppies, so you have to play with them, too. They will make mistakes, but I know you two can go through this together! If you have a German Shepherd, show me a picture in the comments. I hope this little guide on how to train your German Shepherd puppy has helped you a little. Read you next time!